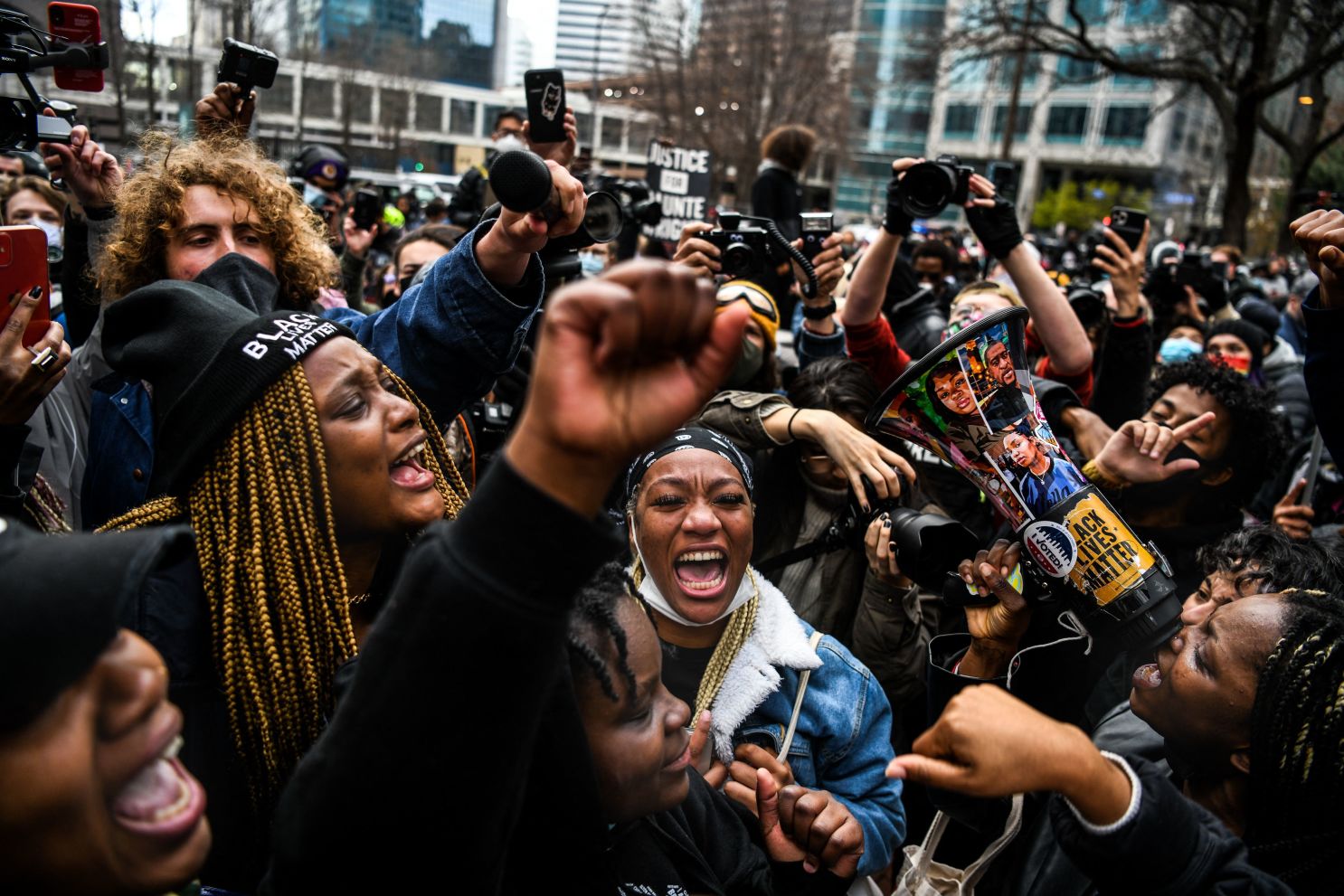 Crowds of people getting emotional after hearing the verdict of the Derek Chauvin Trial. Photo by LA Times

Crowds of people getting emotional after hearing the verdict of the Derek Chauvin Trial. Photo by LA Times

Different perspectives on the Trial of Derek Chauvin

On the flip side of things, Chauvin received the devastating news that he was found guilty of second-degree unintentional murder, third-degree murder, and second-degree manslaughter. As of now, Chauvin faces 40 years in prison for the murder of George Floyd on May 25, 2020, in Minneapolis, Minnesota.

Almost a year ago, police officer Derek Chauvin killed an African American man named George Floyd by placing his knee on Floyd’s neck, preventing him from breathing. After nine minutes and 29 seconds, Floyd was dead. As soon as the footage of the event was released on the internet, it was only a matter of hours before raging citizens violently protested in Minneapolis. Buildings were on fire, businesses were devastated by looting, and hundreds of people were painfully tear-gassed during these protests. Within days, all fifty states in the country joined Minneapolis to fight against police brutality and for the movement Black Lives Matter.

A common response to the guilty verdict is that Chauvin deserved to be found guilty on all three charges. Keller Cox, ENHS sophomore, felt a sense of triumph when he found out Chauvin was convicted. Minnesotans brought the celebrations onto the streets after his conviction. Likewise, Cox thought that his conviction deserved to be celebrated. “The American justice system did the rare thing of holding the so called law-enforcers accountable. It is a very celebratory moment,” Cox said.

On the other hand, some may not think this event is very celebratory. Although freshman Cameron Ballard believes what Chauvin did was wrong and deserved to be found guilty, he does not think the same way as Cox does. “I don’t find it [the verdict] celebratory because it just divides the U.S. further apart from each other,” Ballard said.

“Police officers are meant to protect their communities, they aren’t supposed to kill people who’ve committed nonviolent crimes. There are many officers that are great people and who serve their communities to the best of their ability and I greatly respect them for it, but the system we have now protects the ‘bad apples’,” Baye said. “We see this in the case of Chauvin where the whole country had to beg and plead for him to get some consequences for a murder that everyone in America witnessed on video.”

On the other side of the coin, Ballard thinks that Chauvin is not the face of the police system and Chauvin should not represent the police system as there are many great officers saving lives. He believes, “I think that when something like this happens, we should forget about it (because) there are not many bad police officers.”

A major factor as to how police officers are portrayed is in the media. In Cox’s point of view, “The media covers a wide range of portrayals of police brutality. Fox News tends to justify it. Online news networks like The Young Turks, The Serfs, etc. show the whole truth.”

Ballard believes that the media portrays police officers in a negative way. “The media shows all of the bad the police do, they never show the great things they’ve done. The police are amazing people and the media needs to learn that,” Ballard said.

In terms of how the media portrays Floyd, Baye believes the media portrays him as the antagonist by dehumanizing him. “What I’ve noticed with major news networks is that before much is even known about a situation, they try to dehumanize the victims in the situation by digging up mistakes that they’ve made in the past such as bringing up misdemeanors, even though those mistakes usually have no place in what actually happened in the situation at hand,” Baye said. Although not everything is known about the event, Baye said that the media does not have the right to dehumanize Floyd without knowing all the full details of the situation.

“Today, we are able to breathe again,” Philonise Floyd, brother of George Floyd, told reporters after finding out the verdict of the trial. Justice is served for George Floyd and his family that day. According to Mapping Police Violence, African Americans are three times more likely to be killed by police than white Americans. The trial of Derek Chauvin is one step closer to ending police brutality against African Americans.

As of now, Chauvin faces 40 years in prison for the murder of George Floyd. The state of Minnesota requested a longer sentence due to aggravating factors. His sentence hearing will take place later on June 15, 2021.