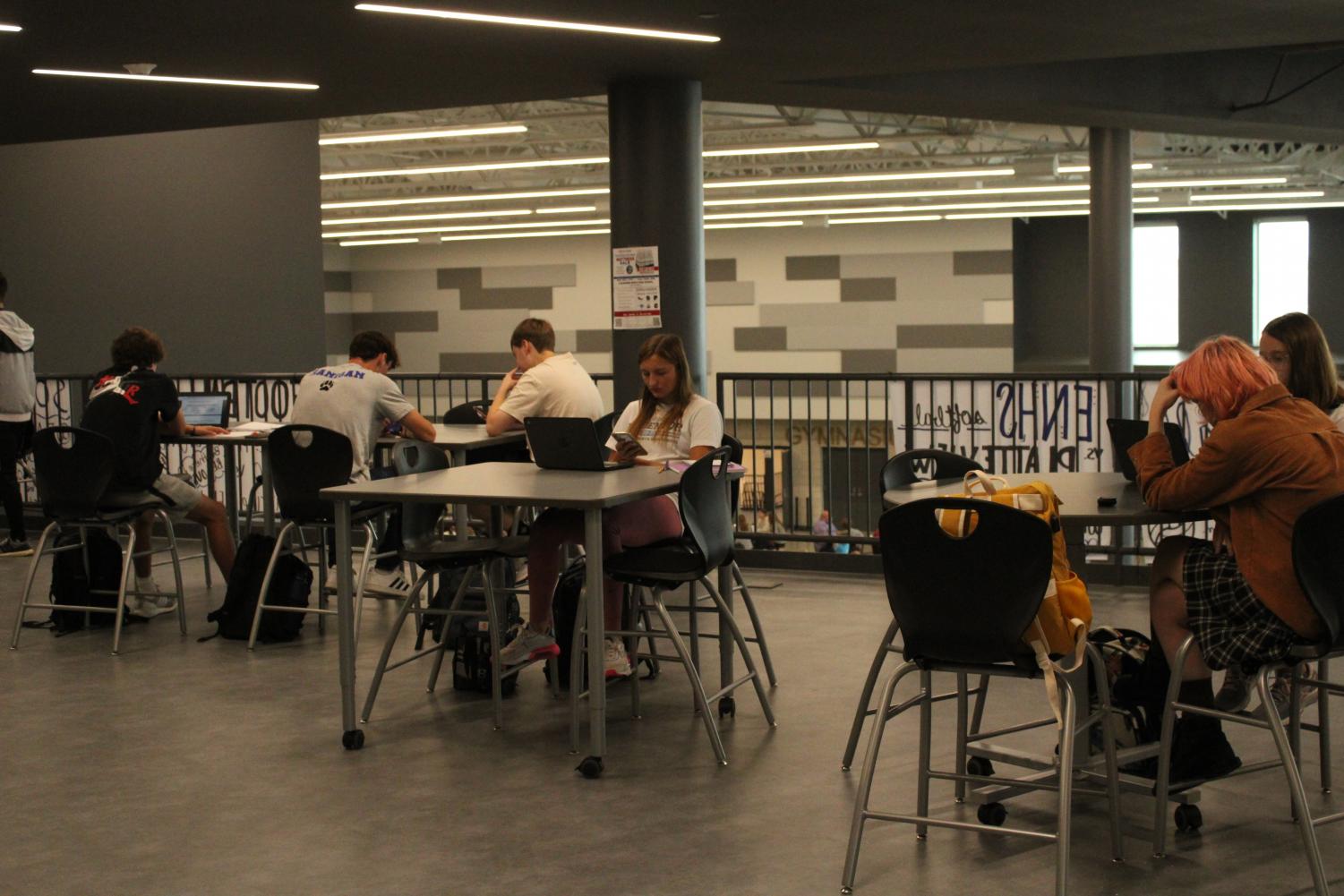 Students on the Senior Balcony utilize their Chromebooks for study hall.

Students on the Senior Balcony utilize their Chromebooks for study hall.

The “Digital Age”, a nickname labeling the world’s astonishing development of technology since 1970, is certainly proving to be an understatement for the world today. The stereotypes labeling Generation Z as addicted to technology may be true, but may also be the most impressive thing the world has seen regarding technology.

Despite the negativity surrounding tablets, laptops, and other expensive devices, they have demonstrated rather beneficial outcomes for schools in America.

According to Bernstein, about 75% of classrooms (grades K-12) in the United States rely on the use of desktop computers to enhance education. This could be due to the fact that a majority of online-based learning incorporates gamification, providing a stress-free and interactive learning environment.

With that, students attending Elkhorn Public Schools are in for a treat when it comes to technology-based education.

“While some disagree, EPS students and staff are fortunate to have access to technology when it is the appropriate tool for the task at hand,” Kevin Gross, Director of Technology for the Elkhorn Public Schools District, said.

Technology is expensive, and people like Gross want to give students and administrators some of the best and most efficient products to utilize, so one could imagine how costly it would be to provide this for not one, not two, but 17 schools.

“Our current district technology budget for the upcoming school year will be roughly $1.4 million,” Gross said.

That is approximately $130 per student within the Elkhorn Public Schools District, but are these dollars making a difference?

In addition to the brand new Chromebook Wickless was given her freshman year of high school, she also uses an iPad to take notes and stay organized.

“I am a visual learner, and technology allows me to interact. I feel like paper and pencil are not as interactive, a laptop and iPad make it fun,” Wickless said.

The senior has found it enjoyable to be creative with her note-taking, since technology allows her to do virtually anything.

“If the screen ‘looks like you’ and ‘feels like you’, then you will be more invested in it, rather than a piece of paper,” Wickless said.

With that inside look, Gross can see how effective his and his technology team’s ideas and standards for students’ education are. And, thanks to them, Elkhorn Public Schools can reap the benefits of the transition to technology.

As Dr. Gray, Associate Superintendent says: “Technology is like a tool; it’s like a pencil and an essay. A better pencil doesn’t get you a better essay, but you need the tool to do the work of good writing.”