As the MLB postseason approaches key players, all star performances, and World Series runs will sprout. 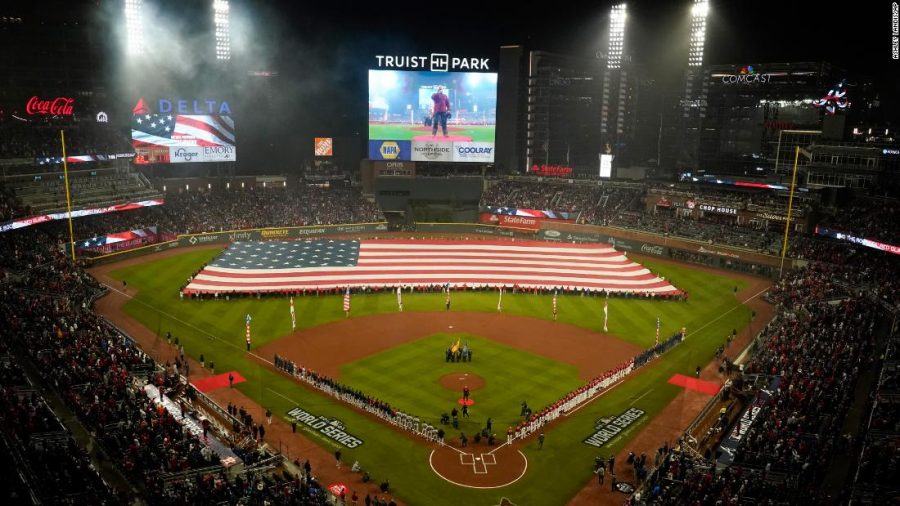 All games are important but some are more important than others because of their outcomes when it comes to placement, pitching availability, and other factors that could alter a team’s chances of success in the playoffs.

Wild Card play started on October 5, 2021, with the opening game being a rivalry game between the New York Yankees and the Boston Red Sox.

The Yankees put Gerrit Cole on the mound and he did not meet expectations of the Yankees’ organization. He allowed three runs in two innings and he was then replaced by Clay Holmes who also pitched two innings and allowed zero runs. Chad Green closed the game for the Yankees and did not allow any runs. The other runs the Red Sox scored were off relievers Luis Severino and Jonathan Loáisiga. On the offensive side, the Yankees were very unproductive and only recorded seven hits.

When it comes to the Red Sox, everything went their way. Nathan Eovaldi had an amazing performance on the mound and picked up eight strikeouts and one earned run in five innings. Offensively, the Red Sox were near perfect. A few home runs were crucial in the win against the Yankees and the Red Sox were seeing the ball well and splitting gaps in the outfield. The Red Sox won this matchup 6-2 and eliminated the Yankees from the playoffs.

On October 6, 2021, The National League Wild Card was kicked off with a matchup between the St. Louis Cardinals and the Los Angeles Dodgers.

The Cardinals started and ended the game by scoring one run in the first inning and they didn’t score for the rest of the game. The Dodgers on the other hand were somewhat productive on offense scoring only three runs. The Cardinals started Adam Wainwright on the mound and he threw an amazing five innings and picked up five strikeouts. The Dodgers made the risky decision to start Max Scherzer but this decision paid off as he threw four dominant innings and struck out four. The Los Angeles Dodgers won 6-2 and eliminated St. Louis.

The ALDS and NLDS (American League Division Series and National League Division Series) began on October 7, 2021. In the American League, the matchups were between the Chicago White Sox playing the Houston Astros and the Boston Red Sox playing the Tampa Bay Rays. In the National League, the Atlanta Braves would play the Milwaukee Brewers and the Los Angeles Dodgers would play in a rivalry matchup against the San Francisco Giants.

The majority of the games were very one-sided. Many MLB fans and analysts didn’t think the Brewers and the White Sox would clinch a spot because they both had to play the league powerhouses. The Astros and Braves came out on top and earned their spots in the championship series for their leagues.

In the ALCS the Astros started game one with a bang beating the Red Sox 5-4 Game two was a lot different though and the Red Sox had hot bats allowing them to take game two 9-5. Astros starter Framber Valdez was lights out for eight innings and held the Red Sox to only one run. The Red Sox, on the other hand, couldn’t get anything going for them. The defense was sloppy and the offense couldn’t score any runs. This would be a common theme for the Red Sox for the rest of the ALCS. Game three was Boston’s last stand as they fixed their errors from game two and defensively and offensively they shut out the Astros. Games four and five went almost the same as the Astros demolished the Red Sox in both games. The Astros would head to the World Series for the third time since 2017.

On the National League side, the series was tied in six games between the Atlanta Braves and the Los Angeles Dodgers. Atlanta was 2-0 going into game three but the Dodgers broke Atlanta’s winning streak and beat the Braves 6-5. Game four was a blowout that resulted in a 9-2 Braves victory. The Braves secured their spot in the World Series when they beat the Dodgers 4-2 in a great game that could’ve been in anyone’s favor. With this NLCS win, the Braves would head to their first world series for the first time since 1999 where they lost to the New York Yankees.

After these great championship series’, two of the best teams in the league will face off against each other to see who will be crowned World Series champion.

Game one of the 2021 World Series was a nail-biter. The Braves started hot, scoring two runs in the first inning. Houston didn’t respond until the fifth inning where they scored their first run. By then it was already too late because the Braves were winning 5-1. The Astros’ second run was scored on a sharp ground ball hit by Carlos Correa in the eighth inning. The Braves did however lose their ace starting pitcher Charlie Morton after he suffered a broken leg in the middle of the second inning. This is a huge loss for Atlanta because Morton could have been used again later in the series. The Astros couldn’t pull anything together resulting in a 6-2 loss to kick off the World Series.

Game two was all in favor of the Astros. José Urquidy was lights out for five innings for the Astros. The Braves started off hot again but they couldn’t pull anything together until late in the game which is never a good situation to be put in. The Astros were spot on in the batter’s box as they put up five runs within the first two innings. A big factor of the Brave’s loss that night was the pitching. Two pitchers were used after starter Max Fried was taken out. These two pitchers combined for only an inning of work. The Astros really showed that they are a force to be reckoned with and this would make the series a lot more interesting.

Game three brought nothing but good luck for the Braves. The first run of the game was scored in the third inning and another run wouldn’t be scored until late in the eighth inning. Atlanta started Ian Anderson who was coming off an impressive start earlier on in the postseason. He threw a hefty five innings and set the Braves up for a shutout win 2-0 to send the Braves back to Atlanta for the next two games where they had the chance to wrap up the series.

Game four was another close game in the series that almost shifted in the Astros favor. The Astros struck first in the first inning but they didn’t end up scoring again until the fourth inning. The Braves started slow but they heated up towards the end of the game when they scored three runs combined in the sixth and seventh innings. Overall the pitching for both teams was evenly effective in minimizing hits between the two teams. The Braves would go on to win game four 3-2.

Game five was a very interesting game. The Braves started the game with a grand slam hit by Adam Duval. The Astros then responded with two runs of their own in the top of the second inning. The Astors picked up another two runs in the third to tie the game 4-4. The Braves responded and regained the lead by one run. The game would go without a score until the Astros scored three runs in the fifth inning which shifted the entire game in their favor. The Braves didn’t score for the rest of the game which resulted in a loss of 9-5.

Game six was the game that could make the series tied 3-3 or Atlanta could bring a World Series trophy home for the first time since 1995 where they defeated the Yankees in one of the most interesting World Series matchups of all time. The game started off slow but the Braves broke the game open in the third inning with a home run by Jorge Soler. Then the game went scoreless until the fifth inning where another home run hit by Dansby Swanson put the Braves up by six. The Braves then scored once in the seventh and at this point, the game was out of reach for the Astros. Pitching was the deciding factor in this game. Braves starter Max Fried threw a phenomenal game lasting six innings and only allowing four hits. The Braves would take this game 7-0 and would become the 2021 World Series champions.