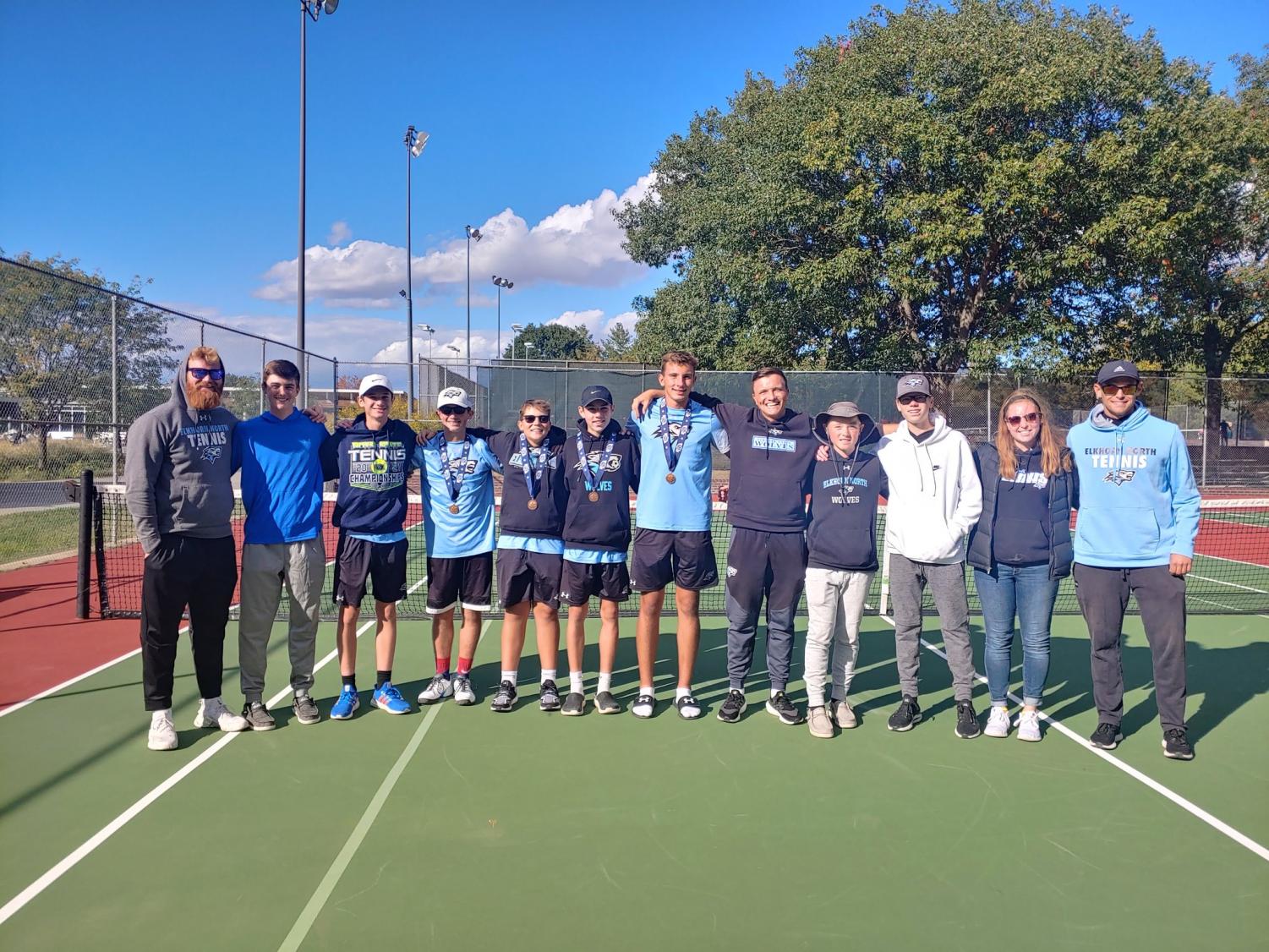 By far one of the most impressive accomplishments of any public school in Omaha is the athletic success demonstrated by Elkhorn North High School in its inaugural years. Athletes had to set forth immense dedication and maximum effort in order to achieve beyond the expectations of a first year school.

While it is typical that upperclassmen populate the list of starters for most sports, North’s underclassmen demonstrated the most impactful performance for our school. Now, this does not minimize the performance of our beloved juniors and seniors, but it shows the collaboration between all four grades and how that can actually break barriers for schools.

Some of the successes displayed by underclassmen include cross country, tennis, basketball, track and field, and many more. Listing all 17 sports and each of their successes would simply take way too long, but these four demonstrate how “success” can range from a 7th place State finish to being  a State champion. 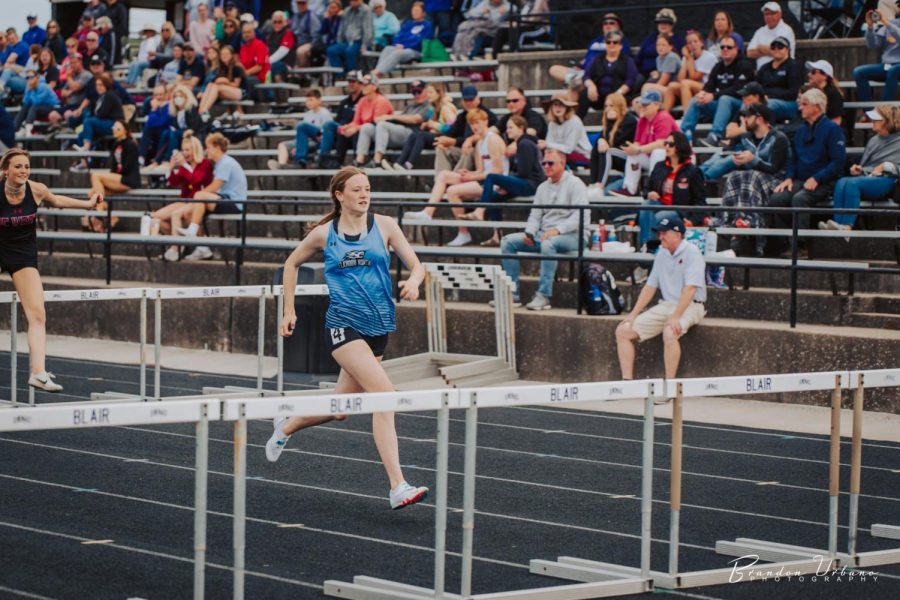 Gallery|1 Photos
Photo by Brandon Urbano
Previous freshman in the 2020-2021 school year, Allyson Dutoit qualifies for State track and field. She was able to compete in both the 100 meter high hurdles and pole vault.

However, to give an accurate representation of what the collaboration between upperclassmen and underclassmen looks like, we need to compare the 2020-2021 athletic statistics to current.

Starting with cross country, the girls team placed 7th in 2020, and bumped up three spots to 4th place for the 2021 season. Next, boys tennis tied for 16th in 2020, and skyrocketed to 5th in 2021. Girls basketball was crowned state champions in 2020, and the girls track and field team achieved state runner-up in 2021.

Now these are just a few of the outstanding performances, but already a pattern can be noticed by looking into the teams themselves. A majority of these teams consisted of a large number of underclassmen.

Track and field coach and middle-school teacher, Linda Blomenkamp, provided one this explanation, “In my experience, there are usually more freshmen and sophomores out for track than juniors and seniors,” she said. “I think that is very common in many sports.”

The underclassmen success could be a by-product of their commitment to sources like private coaches or specialized training.

“Outside of school, I try my best to attend position training,” Heaney said. “I also go to strength training sessions two days a week.”

During the 2020-2021 school year, Heaney obtained a State championship for the 400 meter relay and helped her volleyball team to District B State runner-up for the 2021-2022 school year.

Another athlete that trains outside school to prepare for the competitive athletic seasons, is junior Jacob Horner.

“Other than the high school season, I swim club year-round to get ready for the swim season,” said Horner. “For track and field, I do not run club, but I do practice form with a coach and run in some meets unattached.”

The past school year, then-sophomore, Horner represented Elkhorn North and obtained a 4th place State finish in the 100 yard backstroke. In addition, Horner placed 4th on the State podium in the 300 meter hurdles, and 5th for the 110 meter hurdles.

Freshman Ella Ford, competing and racking up points for her cross country team, also proved to be an outstanding athlete dedicating time to training outside of school. As a freshman, Ford placed 14th at her first cross country State championship.

Ford said, “Everyday in the summer I go to summer running, which isn’t mandatory but it really helps you get into the shape for the fall. The school also has a lifting program where you lift a couple days a week.”

With the impactful contributions from underclassmen athletes in the past school year to now, competitors like Heaney, Horner, and Ford, Elkhorn North’s athletics entirely disputed the misconception about first-year schools. The young athletes’ dedication to improving their skills outside of school significantly impacted the success of North’s sports teams.

Yet, at the end of the day, it doesn’t matter who is winning medals for the team or how old they are. But, it is important to recognize the young underclassmen for their commitment and contributions to the athletic program at Elkhorn North. Their impressive performance in each individual sport helped prove how a first-year school was anything but a failure.