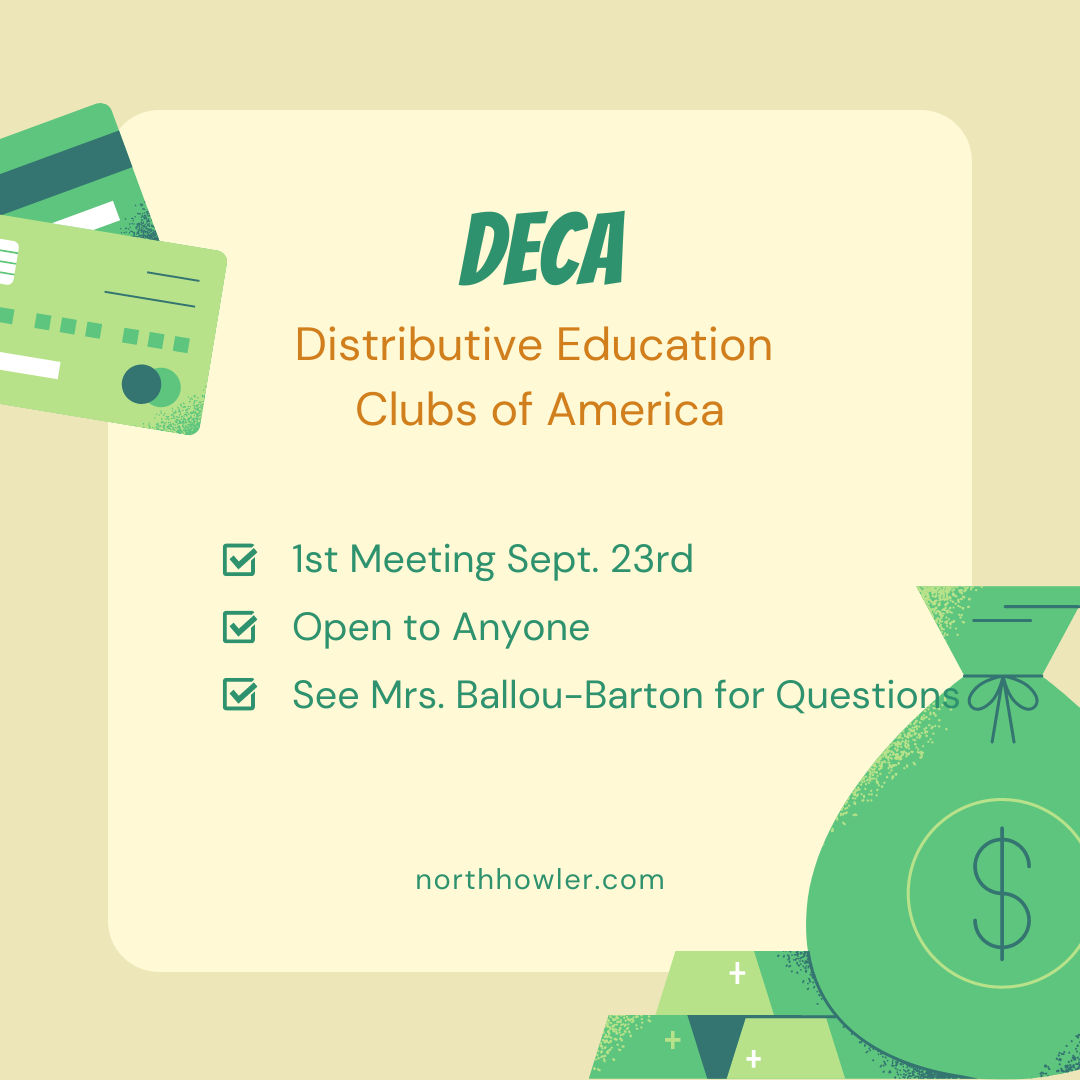 Elkhorn North is finally getting settled with their very own DECA Chapter.

The DECA chapter at Elkhorn North is run by Mrs. Ballou-Barton. DECA has not formally started yet and is still accepting new members. According to Ballou-Barton, there are currently 30 DECA members with more people interested. There are two public meetings that anyone can show up to: September 23rd, and October 20th. The October meeting is the meeting that you have to have joined by if you want to be involved.

DECA at Elkhorn North is nothing short of busy and productive. In past years there hasn’t been much going on within the club, because they were still getting settled into the new school, and new program, however, this year’s members are hitting the ground running.

In the fall they are starting off with a canned food drive as a service project for a local homeless shelter. Along with that, the members of DECA have started brainstorming for their fall competition taking place in October. They will also be attending leadership conferences throughout the duration of the year. Interested in joining DECA this year? Contact Mrs. Ballou-Barton.