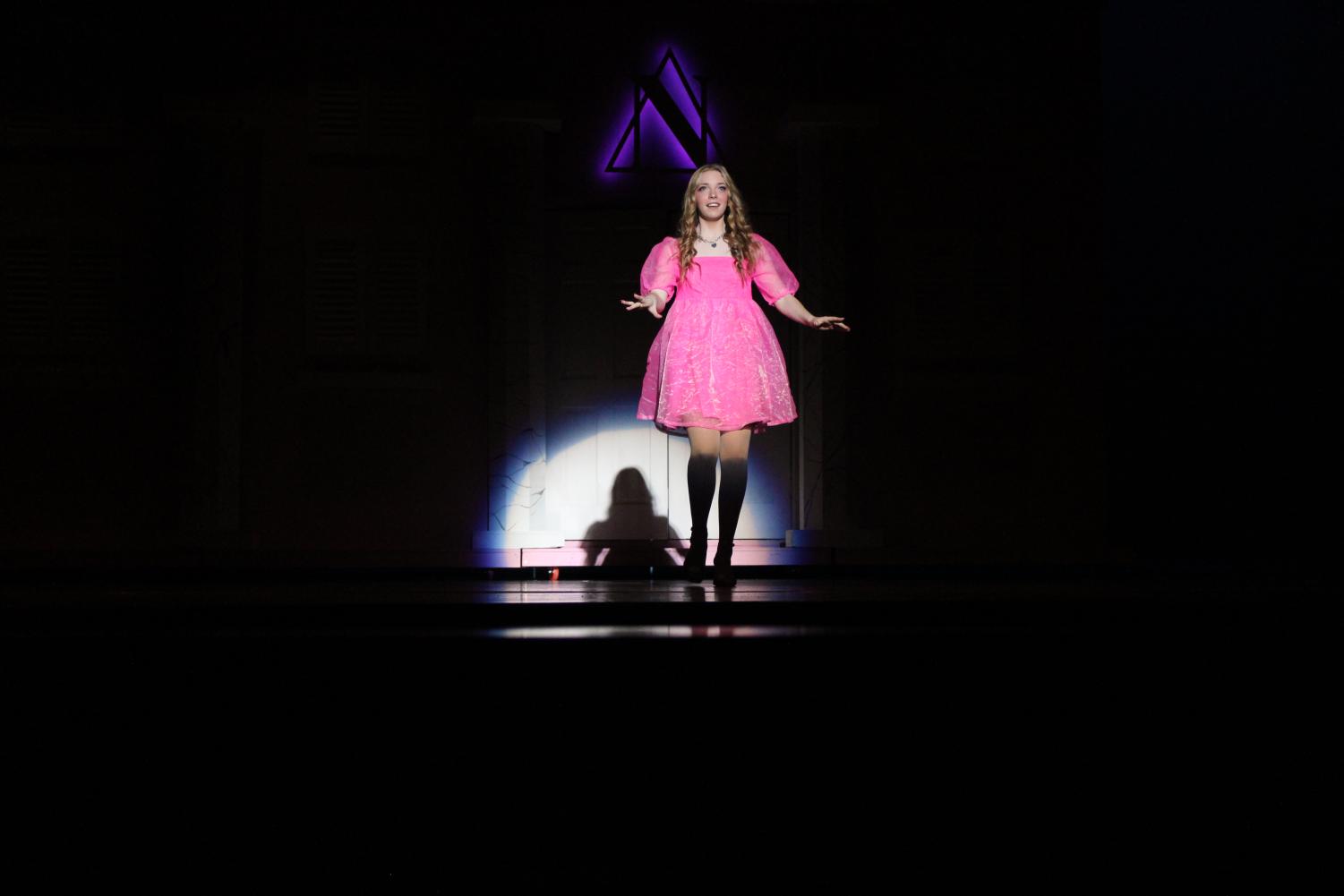 Senior Emily Miller takes the stage as Elle Woods for the first time in the performance. (Photo by McKenna Ostler)

Senior Emily Miller takes the stage as Elle Woods for the first time in the performance.

Wolf of the Week: Emily Miller

Miller starred as the lead of the musical in an amazing performance of Legally Blonde.

Emily Miller earned a nomination from her peers as this week’s Wolf of the Week after a stunning performance as Elle Woods in the musical Legally Blonde.

“You can tell she’s very hard-working, she had to sing in everything, dance in everything, and was in most scenes,” Junior Colin McMahon said, “she’s a very hard worker. We had good chemistry and we got things done.”

Miller put a lot of effort and time into making her performance in the musical as perfect as it could be. All four shows were performed at top quality and she ensured that all scenes were executed in the best way possible.

“She’s always nice to everybody and always brings a positive attitude to the musical environment,” Junior Isabel Warren said, “she also made sure that everyone was doing ok outside of the rehearsals and it made being in the rehearsals better.”

A good quality she brought to the musical was that she cared about how everyone was doing. Miller brought positivity to the rehearsals which helped motivate her cast members to strive to do better.

Miller also checked in with cast members to make sure that nothing outside of the musical was bothering them that would affect how they performed. She tried to always improve in her role and take care of her cast members so that they could do the best job possible during their live performance of Legally Blonde.