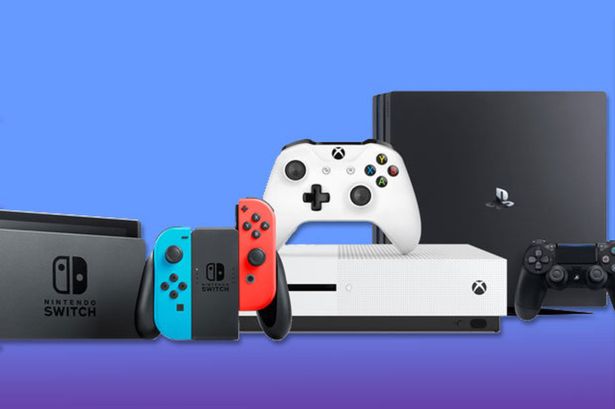 Game With No Shame

Video games have been a huge part of pop culture for a very long time now. Ranging back to the first video game Pong made in 1958, to the new PlayStation 5, Nintendo Switch, Xbox Series X, and PCs. There are even professional gaming leagues and gaming scholarships to get into college. The world has changed a lot and video games take a huge responsibility in the change.

Gamers all have started at different ages with different types of games. It could range from Roblox on an iPad to Call of Duty. Many gamers however recall playing games like Wii Sports or Minecraft as their first video game.

“I played Wii Sports but the one game I started playing a lot was Minecraft on my tablet but I didn’t start gaming a lot until I got my Xbox.” said 9th grader Blake Freed.

Unfortunately, with these games comes a price. Money can get you all sorts of things in the video game world like skins for your character, virtual currency to spend for in game trinkets and even the consoles or devices the video game is played on costs a heavy amount too. If one wants to play video games on a PC, which is a computer made for video games, then it costs the most because of how much you need to purchase in order to keep the PC in good condition.

“My computer was $3,900. This is because all of the parts my dad had ordered were brand new and top of the line.” said 11th grader Jaiden Tobin.

Growing up some kids always wished playing video games could be a job. Well this once thought crazy dream is now a reality. Today there are hundreds of content creators on YouTube and Twitch who stream and make videos of gaming. The crazy part is that they make a profit from it as well. The most successful streamers on Twitch range from Pokimane, Ninja, and many more. The most successful content creators on YouTube range from Dream, PewDiePie and many many many more.

“I look up to any streamer or professional gamer because I wish I could be in their position of success in gaming.” said 11th grader Zaid Asalami.

Although many love their video games and can’t stop playing them, this is not the case for some other people.

“I played for 8 hours and I felt horrible after.”  said 10th grader Jacob Horner.

Video games have really changed the world for the better as it creates an easy and fun way to interact with friends or make you some money. It is obvious that video games have done a lot of pop culture and have really made things different in this world. “Video games are a fun way to connect with your friends easily and hangout.” said Freed.