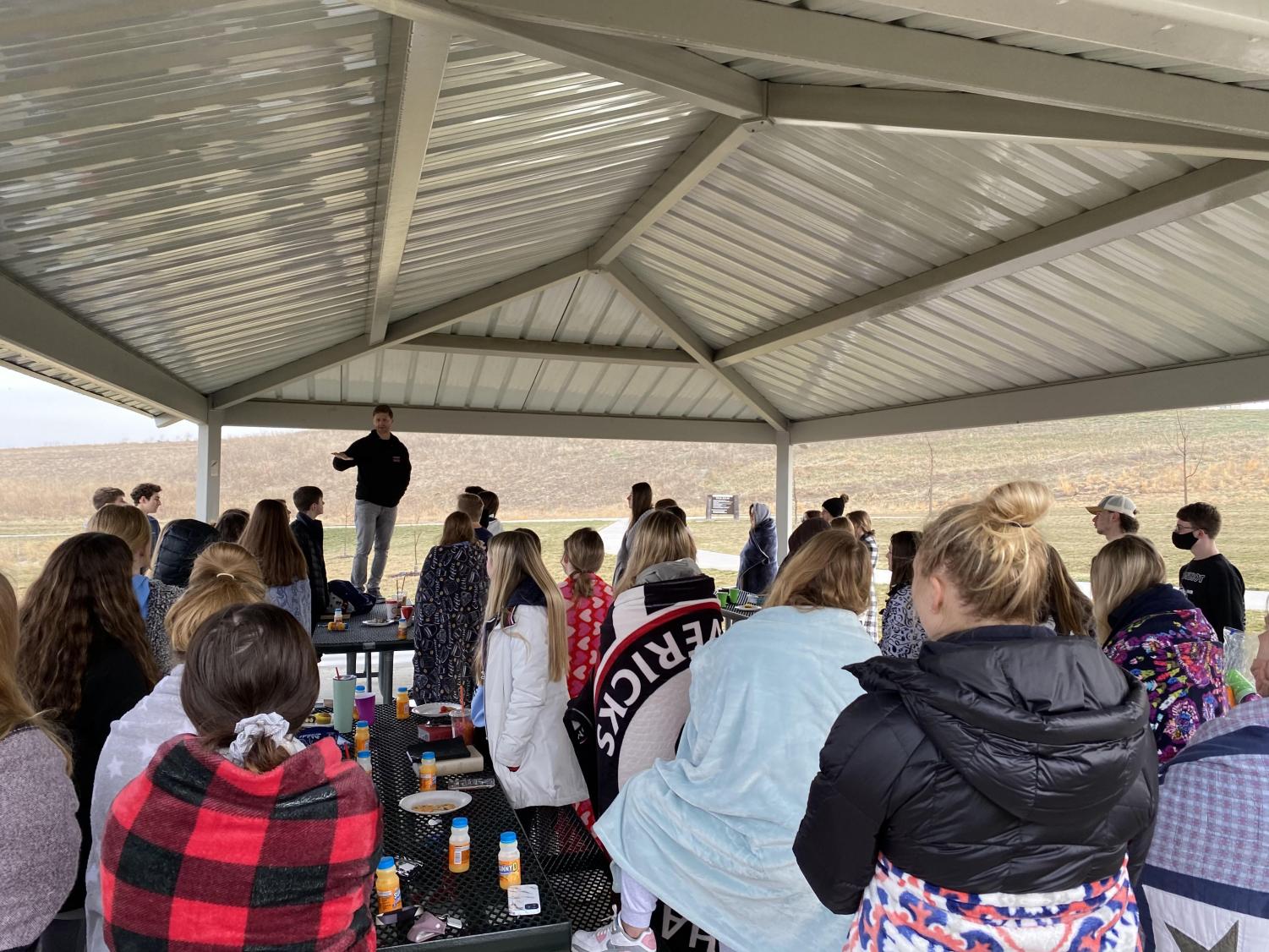 The Meaning of Easter

Many Elkhorn North students participate in Lenten and Easter activities.

From the Easter Bunny to celebrating Jesus rising from the dead, many look forward to Easter Sunday and the ending of Lent.

With Easter Sunday fast approaching, many Christian teens and their families have been preparing for it by participating in Lent. Beginning on Ash Wednesday, lent lasts 40 days, and during that time, Christians replicate Jesus’ sacrifice by giving something up.

Michaela Palmer, a junior at Elkhorn North, said, “I like the opportunity to be able to sacrifice a small portion of my life to try my best to put myself in Christ’s shoes. As his followers we will never be able to comprehend his sacrifice, but Lent allows us to have that feeling too.”

Giving something up for lent does not need to be anything great; some give things up that are as simple as pop or candy. Others go a bit further and try to do something positive instead to improve themselves.

For those who participate in lent, it can be difficult at times to keep to their promise of what they gave up. Giving something up that they use on a daily basis could create a huge impact on a person’s life.

Willcoxon said, “It’s not difficult because I understand the cause for the motive and will feel accomplished when I finish and pull through.”

Palmer, who also gave up TikTok, said, “It was difficult at first, but I don’t think about it now. In the beginning, I was having withdrawals.”

The ending of lent tends to be the best part. The week before Easter Sunday, also known as Holy Week, is around eight days long of reflecting the progress they made during lent. With Lent officially ending on Easter morning, it is a celebration for Jesus rising from the tomb and ascending into Heaven.

Easter Sunday is filled with tons of activities, attending church being one of the most common. Prior to Easter Sunday, some churches will have sermons about the upcoming resurrection of Jesus. Some families attend church and later get together to have big lunches and enjoy the day with one another.

Churches often hold Easter egg hunts, and it is a day of celebration. Bunnies tend to have bigger litters around Easter, and the egg hunts represent new life. This is similar to how, after lent, Christians have a new life to look forward to after completing lent.

After a big celebration, people look forward to using their palms they received on Palm Sunday for the next Ash Wednesday. The palms are a reminder of what is to come and to keep lent in mind.

“The youth is always more involved during lent than any other time. I love sharing a common love for God with many teens my age and in my community,” Willcoxon said.