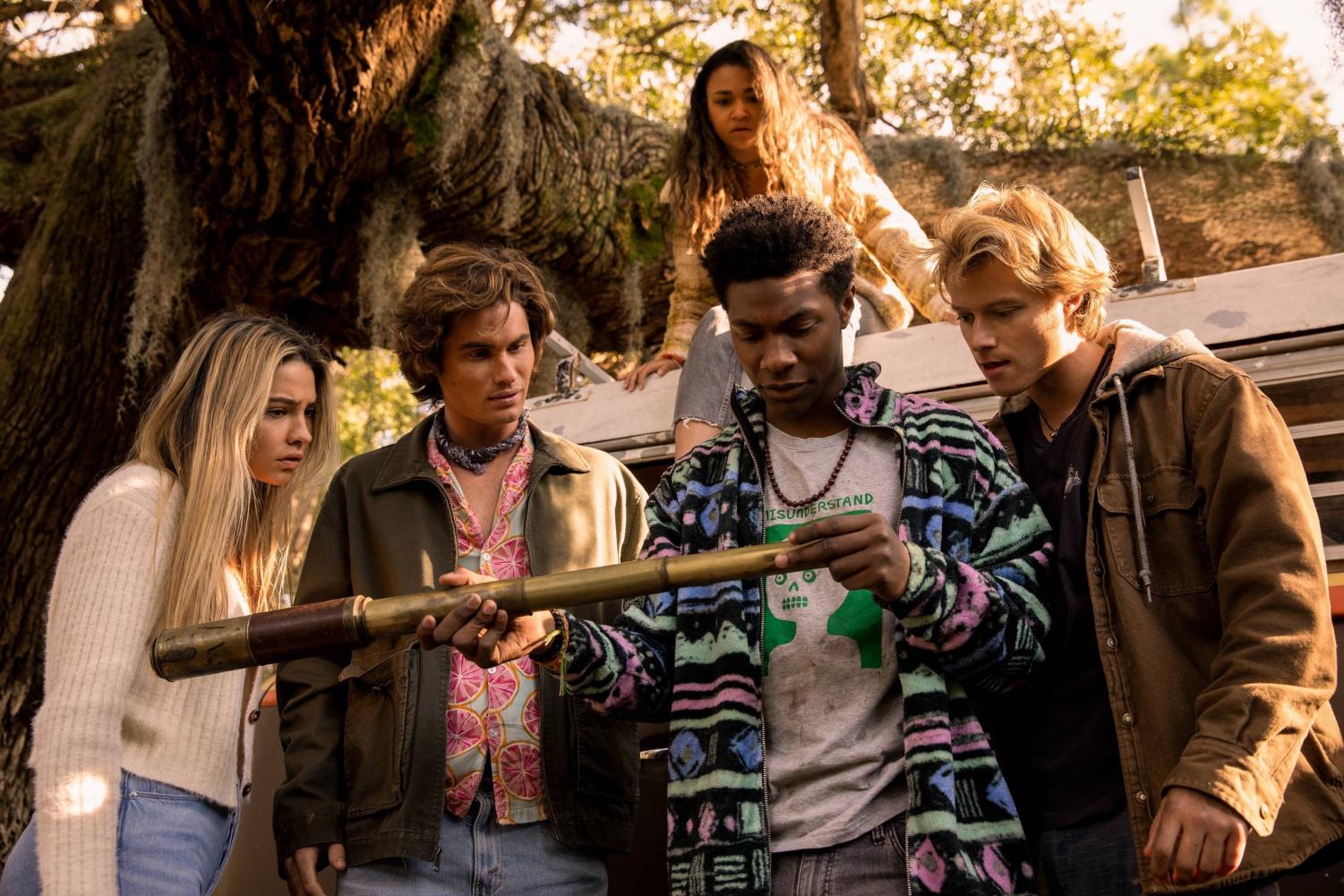 Pogues on the Search for the Gold Cross

An honest review of the Outer Banks season two.

Today’s review is going to be over Netflix’s most popular show for teen Outer Banks. This review is only going to be about the new season two that was released on July 30, 2021.

Recap of Season One

Season one takes place in the Outer Banks of North Carolina. The Pogues include John B, JJ, Pope, and Kiara. The Pogues go on a search to find the rumored treasure located in a sunken ship, called the Royal Merchant.

The Pogues go through many trials and tribulations, but after a long search, they finally find the gold from the Royal Merchant. Ward Cameron, Sarah Cameron’s father, steals all the gold from the group of teens. Sarah’s brother, Rafe Cameron, kills Sheriff Peterkin who was exposing the corruption of the Cameron’s.

John B gets blamed for the murder of the sheriff, but instead of spending time in jail for a crime he didn’t commit, he and Sarah head out to sea in the middle of a storm. The others believed that they died in the storm, but in actuality, they survived.

Season two starts off with John B and Sarah in the Bahamas on the run from the cops back home because of a crime John B didn’t commit. Back home in the Outer Banks, the rest of the Pogues try to clear John B’s name.

While trying to clear his name, Pope discovers information about his ancestors’ history that involves the Royal Merchant. He discovers this information from a woman named Carla Limbrey, who is convinced that Pope’s family has the key that leads to the Cross of Santo Domingo.

After meeting up with Ms. Limbrey, the Pogues are reunited with John B and Sarah. Now that the gang’s back together, the Pogues go on the search for the Cross of Santo Domingo, but they aren’t the only ones planning to get their hands on the gold cross. Ward and Rafe find out about the gold cross and they follow in the Pogue’s tracks. The season ends with the Pogues and Sarah washed up on an island that they claim as their own.

Jonathan Daviss plays the protagonist, Pope Heyward. His character played a major role this season by adding the subplot about the Cross of Santo Domingo. Compared to last season, Daviss’s character was more of a side character and who was portrayed as the “brain” of the Pogues. However, in this season the viewers got to see a different side of Pope that everyone enjoyed. Daviss had a different approach to his character in season two by making him more outgoing, brave, and adventurous. Daviss created Pope to be a likable character and he received more attention in this season compared to the first. The viewers got to enjoy seeing Pope and Daviss develop as the season went on.

Sarah Cameron was played by Madelyn Cline. Cline’s character faced betrayal from her family and questioned her “perfect family”.  Cline was able to exaggerate all her emotions during the most pivotal points in the show. She never lets the viewers down and gives an amazing performance each time she’s in a scene. Cline brought out the rebellious side of Sarah Cameron. Cline is great at showing Sarah’s struggles throughout the show and makes the viewers wonder what they would do in her situation and sympathize with her.

Charles Esten plays the main antagonist Ward Cameron. Esten plays a complex character who is constantly committing crimes and acts of violence on the other characters. Esten brought out the darker side of Outer Banks. His portrayal of a father who only cares about hiding his family from the truth about his financial problems. Esten brought Ward to life during the climaxes of each episode. His acting skills always left the viewers feeling uncertain about what his character would be doing next.

Drew Starkey gave the best performance throughout this whole season. Starkey’s acting has improved so much compared to last season. Starkey really brought his character, Rafe Cameron, to life this season. His character is portrayed as a drug addict, who commits crimes for his father’s approval. Starkey was phenomenal at depicting a teenager battling with addiction and family issues.

Outer Banks season two is an 8.5 out of 10. There was a major improvement from the first season because of the better writing, acting, storyline, and drama. Season two is action-packed with car chases, fight scenes, criminal activities, and betrayal.

All the different plot twists and cliffhangers kept viewers at the edge of their seats wanting more. Season two is better than season one because of all of the drama, action, and plot twists. Viewers got to learn more about characters’ backstories and got to see a different side of them that wasn’t shown in season one.

Overall, Outer Banks season two is my favorite season out of the whole series. The acting and storyline of this show depict how much this series has developed. I would highly recommend watching Outer Banks if action and drama are something that sounds interesting. I can’t wait to see how the storyline will continue in season three.