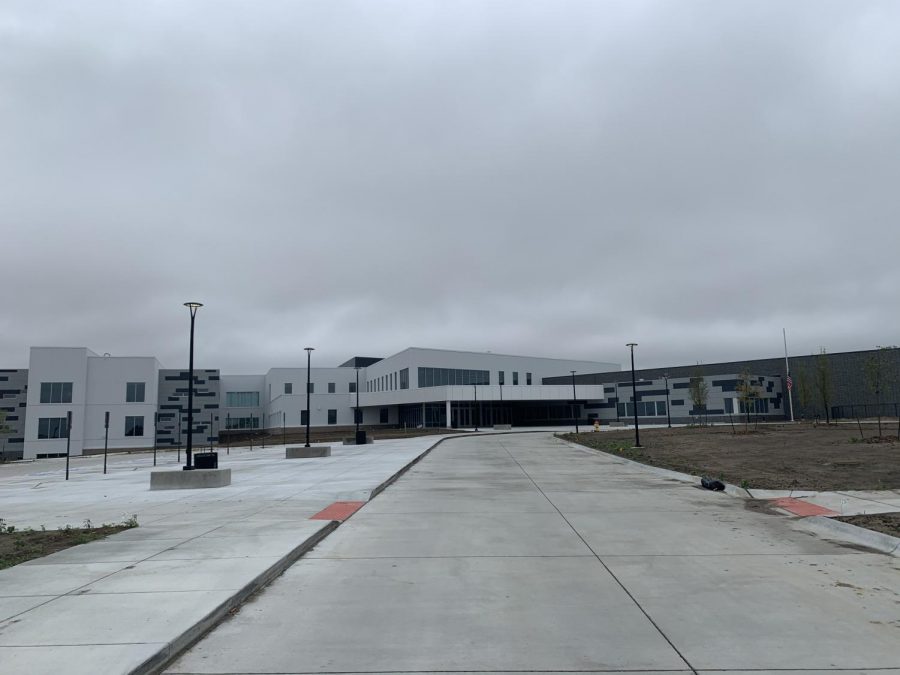 The school that holds many students will need to hold even more in the future, when will that be?

Elkhorn North can hold a lot of students, but with the rate that Elkhorn grows, will the school go through an expansion anytime soon?  Elkhorn South and Elkhorn High went through many additions to the schools as the population in each school grew.

As Elkhorn North is expected to have the largest freshman class in Elkhorn history this year, it’s only reasonable to think they will start expanding Elkhorn North in the next couple of years.

The current building capacity is 1,800 students, according to Sampson Construction. There are 1,200 students currently attending ENHS and are expected to get around 230 new freshmen next year.

Before the school can start the expansion, Ryan Lindquist of Central Office said, “Enrollment exceeding the current capacity of the building is needed to start an expansion.” Also before they could start the process of the expansion, Elkhorn will need to release another bond, like the one to build Elkhorn North, to raise money for the expansion.

Elkhorn South’s Principal Mark Kalvoda said, “We were plotted to have about 1,200 students when we opened. We got to about 1,300 or so, and we knew it was coming. So it opened the year we actually had about 1,300 in the building.”

For the future expansion, they have a “Master Plan” of how they will change the building. According to Lindquist, “The windows at the end of the hallway will be removed and that is where the new addition will tie into the building.” They are going to add an I wing. It’s similar to how Elkhorn South expanded many years ago. Kalvoda said, “[At South], we had A, B, C, D, E, and we added an F wing. You wouldn’t know it, if you walked in, where the expansion happened.”

It is interesting how the blueprint seems to be similar to that of Elkhorn South. Mr.Radicia said, “Only those additional classrooms will be added, because I think the architect thought about our auditorium, our gym, and everything else. So I think they build everything to size for 1,800, except for that westward wing that they knew was coming.”

Our school was planned to hold 1800 students, but Mr. Radicia said if we needed to we could fit more in just like we did at Elkhorn High for a year.

The top 3 priorities of the expansion will be classroom space for students, keeping collaboration efficient for teachers, and only adding necessary parts so as to not overspend on the funds.

Lindquist said, “Students may hear the sounds of construction, but shouldn’t be impacted at all. When the time comes, there will be a clear division between the construction and the existing school. The only time students may be impacted is when the two buildings are tied together. We did the tie-in at Elkhorn South High School over a break, so students weren’t impacted.” This shows a well thought out plan on how to separate students from the irritations of construction.

Overall, students shouldn’t be expecting an expansion anytime soon. When the time does come, the only thing the school will need is more classrooms. As Elkhorn grows, this school will expand and the building will come to its full potential.